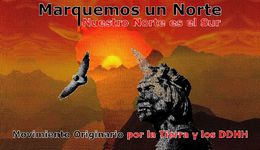 Former President Bill Clinton has added his voice to the growing chorus of celebrities and indigenous people in Brazil who oppose the construction of the massive Belo Monte hydroelectric dam along the Xingu River in the Amazon.

Critics argue that the project would displace more than 20,000 people, cause extensive deforestation and negatively affect the livelihoods and cultures of 50,000 or more people, many of them indigenous residents of the Xingu River area. National and international protests over the project have included figures such as the rock star Sting and film Director James Cameron.

Cameron and Clinton were in Brazil to speak at the World Sustainability Forum that took place in Manaus, the capital city of Amazonas state from March 24-26.

“I say all this now because I know that the biggest controversy here now is over whether green power is always sustainable and always fair to the people who are around it because of the controversy over the dams in the rainforest and indigenous peoples who oppose it,” said Clinton, referring to Belo Monte and other mega-dams.

“What’s the alternative? You need electricity and they want to preserve the forest. And 20 percent of the world’s oxygen comes from you. It is not easy, but you have to think about these things, about the future of their children and grandchildren,” Clinton stated.

“I am naturally sympathetic with indigenous peoples,” Clinton continued. “I think your role [in the world as a global leader] is emerging. I want you to lead the rest of the world into the 21st century on this energy [issue].”

One of the indigenous participants at the Forum was Sheyla Juruna, a leader of the Juruna people who live along the Xingu and depend on it for food and transportation, also directed comments at the Brazilian government at a press event at the Forum.

“The government of Brazil does not respect the human rights of the indigenous people nor their own laws,” asserted Juruna, who has helped organize protests against the Belo Monte project also, including a demonstration held in the country’s capital city of Brasilia in February. She said that the project “would only benefit small groups of capitalists.”

“Brazil does need development,” she continued, “but more in a sustainable format and that would respect indigenous communities.”

Another critic of the projects at the Forum was Director Cameron who announced that in the next five years he would be producing documentaries showing how the projects would provide challenges to humanity—and to make people aware of the need for sustainable development.

“The most important thing is to raise awareness in Brazil that Belo Monte is not a good solution for meeting the country’s energy needs—given its poor economic and the moral and ethical issues, to say nothing of its enormous toll on indigenous peoples and other inhabitants of the Xingu River. The Brazilian taxpayers could save billions by cancelling the dam and investing in truly renewable energy,” said Cameron at a press conference he held with indigenous leaders from the Xingu region including Chief Raoni of the Kayapo peoples.

Raoni warned that the Belo Monte dam would “break” the natural rhythm of the Xingu River fauna and oblige communities to seek other sources of food, as well as forcing the eventual migration of species currently living in the area.

“Everything will be destroyed,” Raoni asserted. “The government knows this because we have informed them, but they don’t want to hear it because of the money they can make with this project.”

Two other opponents of the project emphasized that Clinton’s involvement in publicizing the issue will help indigenous communities fighting against Belo Monte.

Atossa Soltani, Amazon Watch’s Executive Director who accompanied Cameron on his trip to Brazil said, “President Clinton’s remarks will strengthen the voices from within Brazil who are pushing for greener alternatives such as wind and solar. Large dams in tropical rainforests are not green energy and when you factor in that less than 1.5 percent of Brazil’s energy matrix comes from wind and solar, Brazil has a long way to go to be a leader in sustainable energy.”

“Clinton’s appeal that Brazil lead the world into a clean energy future was compelling and timely, strengthening our attempts to influence the government,” said Antonia Melo, leader of the Xingu Alive Forever movement which is a collective of regional environmental and indigenous groups. “It is a major challenge for the people of the Amazon to convince the government to invest in clean and sustainable alternatives like wind and solar. We hope that President Dilma will see the opportunity for leadership here and rethink her current energy plan where some 70 large dams are planned for the Amazon over the next two decades.”